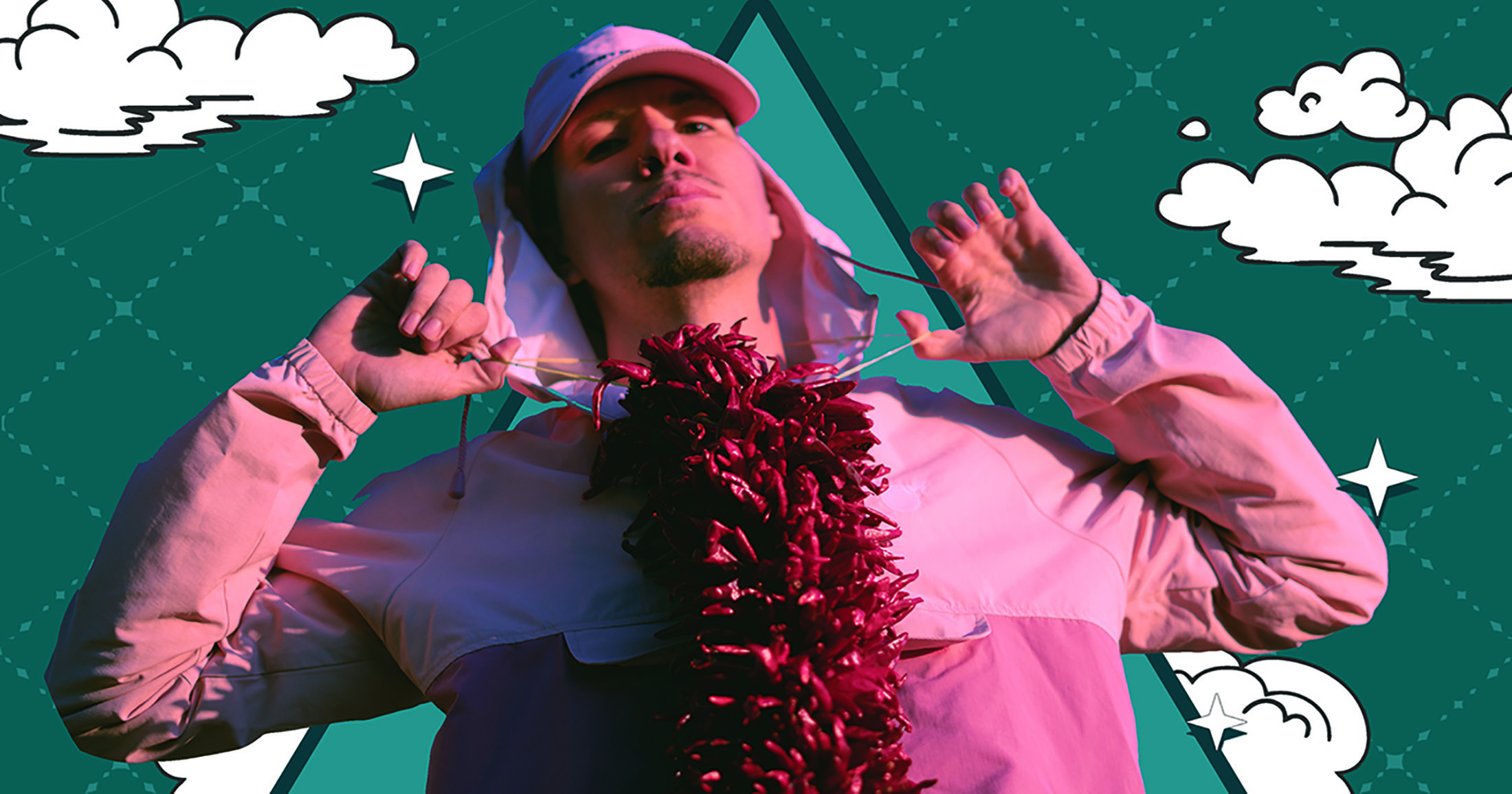 About this Event
Due to a tragic car accident, we're very sad to have to cancel this show. Our hearts pour out to the family and friends of Andrew Martinez, aka Wake Self. A native New Mexican, Andrew was a monumental force of positivity in the hip-hop scene and one of Meow Wolf's most frequent performers. He's an artist who we love. His voice and life reverberates in the walls of our venue.

A note from Eric Martinez, Wake's brother, on behalf of their family:

As you may have heard, Andrew Martinez known belovedly by his fans as Wake Self was tragically taken from us when he was struck by a drunk driver late night Sunday, November 3rd while on his way home from promoting his upcoming album release. As a result, his new upcoming album entitled "Ready to Live" is unavailable for release at this time. His Family and Co-creators are working towards making his vision come true and we look forward to collaborating with Meow Wolf on a future memorial show featuring Wake Self's music. We appreciate all the love and support we've received from everyone.

Wake Self invites you to celebrate the release of his third studio album,?Ready To Live. After three years of touring internationally with various Hip Hop legends, this eleven track project marks a turning point in his transformative process. This a rebirth for Wake, into a more fearlessly authentic version of himself. Describing the album in his own words, ?From the soil of my old self, a seed blossoms into new life."
All Ages
Reviva,Lily Fangz,Outstanding Citizens Collective
Revíva has made a name for themselves in the Albuquerque music scene through their inspiring lyrics, unique sound, and positive vibes. Forming in the fall of 2009, they have turned ears with their original Burqueńo/Reggae/Rock rhythm and lyrics, both in English and Spanish that touch the soul. Consisting of seven members; Glenn “Buddha” Benavidez (Bass), Cody Jones (Percussion), Ragon Espinosa (Drums), Jerel Garcia (Guitar) Rick Gonzales(keys, Melodica) Brian Shonerd(keys) and Chris Brennan (Vocals/Song writer). They started performing at small local venues for friends and family, but have quickly staked their claim as one of New Mexico’s premier bands. They have played at venues such as Sunshine Theater and Hard Rock Pavilion and are a mainstay at the Launchpad and local pubs. Reviva has opened for the likes of The Wailers, Ozomatli, The Expendables, Fishbone, Tribal Seeds and The Dirty Heads. One of their biggest achievements so far was being voted to play main stage at Edgefest 2012; beating out over 100 bands for the honor. As well as winning a nationwide vote to play at Arise Festival in Colorado. These accomplishments was really a testament to the dedicated fan base Reviva has formed in their time as a band. Revíva’s mission as a band is to revive themselves and others through the healing power of music and to give back and help those in the community. They aim to spread positivity and inspire change in the way people think and act. Perhaps the greatest act of selflessness is evident in the actions of lead singer Chris Brennan, who dedicated two and a half years of his life to join the Peace Corps. He was volunteering in Pearl Lagoon, Nicaragua teaching English and helping their community. His goal is to start a music exchange program between Nicaragua and Albuquerque students. Despite Chris’ absence, Revíva continued to play music locally with heart, soul and most importantly LOVE.,Lily Fangz is about fully engaging in the creative explorations of life, biting down, infecting those around with passion, perspective, and perhaps asking the questions that aren't posed enough. Wordplay started way back- writing since she could hold a pencil, that process evolved into stories, sketches, poetry, rhymes. Her memory is capacious and flow sick like contagious- so she began to share her words and release them free from their pages. Gravitated towards performance poetry, a lot of slams, jams, and cyphers. Realizing making music and art is the only thing that can quench her thirst LFangz is here to Chomp.The.Fuck.Down sink her teeth in and invites all to join the feast of engaging with this human experience C.T.F.D!,The Outstanding Citizens Collective is a hip-hop group from Santa Fe, New Mexico. Formed in 2008, the Outstanding Citizens have been rocking crowds all over the Southwest for over a decade. The group currently consists of Benzo, Wolfman Jack, Fluid, OG Willikers, and Anthonious Monk.
Where
Meow Wolf Santa Fe
1352 Rufina Circle
Santa Fe, NM
View Map
When
November 7th, 2019 @ 6:00pm - 11:00pm
×
Wake Self
November 7th, 2019 @ 6:00pm - 11:00pm | Santa Fe, NM
11/7/2019 @ 6:00pm 2019 | Santa Fe
Not on Sale
Subtotal $0.00
No tickets selected. ticket(s) selected.
Home   Terms & Conditions   Privacy & Security   Refunds
© 2021 Meow Wolf