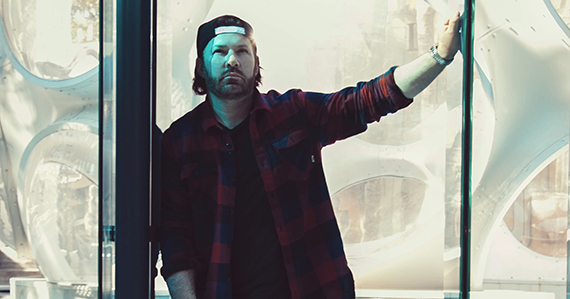 There’s much more to Shiba San than what meets the first listen. Leaving behind a 15-year long career of production experience in the French hip-hop scene, the Parisian producer became fascinated with the sounds of Chicago house and was inspired to create his own productions, infusing his hip-hop influence with the soul of house music.

Then came “Okay,” the track that “changed the way we listened to music” (Dancing Astronaut) and became the anthem of 2014. It claimed the #1 position on Beatport’s House chart for 82 days, remained in the House Chart’s Top 10 for over 180 days, was put on rotation by radio tastemakers like Pete Tong, Annie Mac and Danny Howard and received support from the likes of Claude VonStroke, Eats Everything, Green Velvet and nearly every major DJ under the sun.

2018 was Shiba San’s biggest year yet, with tours in North & South America, Europe, Australia and Asia, and a string of releases including the Off To Funk EP on Relief Records, Don’t Talk EP, Shiba’s funky return to Dirtybird, the Excluded EP on KalukiMusik, an official remix of Billy Idol’s “Don’t Need A Gun”, “All I Need” with Tim Baresko on DFTD, the Downtown EP on Solä and Your Mind EP with Kevin Knapp and Flashmob on Lee Foss’ Repopulate Mars.

His debut release on DFTD, “All I Need” with fellow Frenchman Tim Baresko, dominated Beatport’s overall chart at the #1 position for over a month. The song landed on multiple ‘Best of 2018’ lists and earned support from influential tastemakers, such as Pete Tong, Calvin Harris, Jack Back (David Guetta), among others. The duo has teamed up once again on their latest 2019 collab, Some More EP, out on Steve Lawler’s VIVa LiMITED imprint.

Shiba San continues his barrage of releases and global live appearances into 2019 including the anticipated return to his very own label, Basement Leak, with a track titled “My Harmony”, and a North American spring tour titled “Parlez-Vous Français” with support from his label’s rising star, Tim Baresko. This year will also bring him, yet again, to some of the world’s most sought-after festivals, including Defected London and Croatia, Festival Vaivén in Mexico, Veld Music Festival in Toronto, Paradiso, Global Dance Festival, and many others TBA.