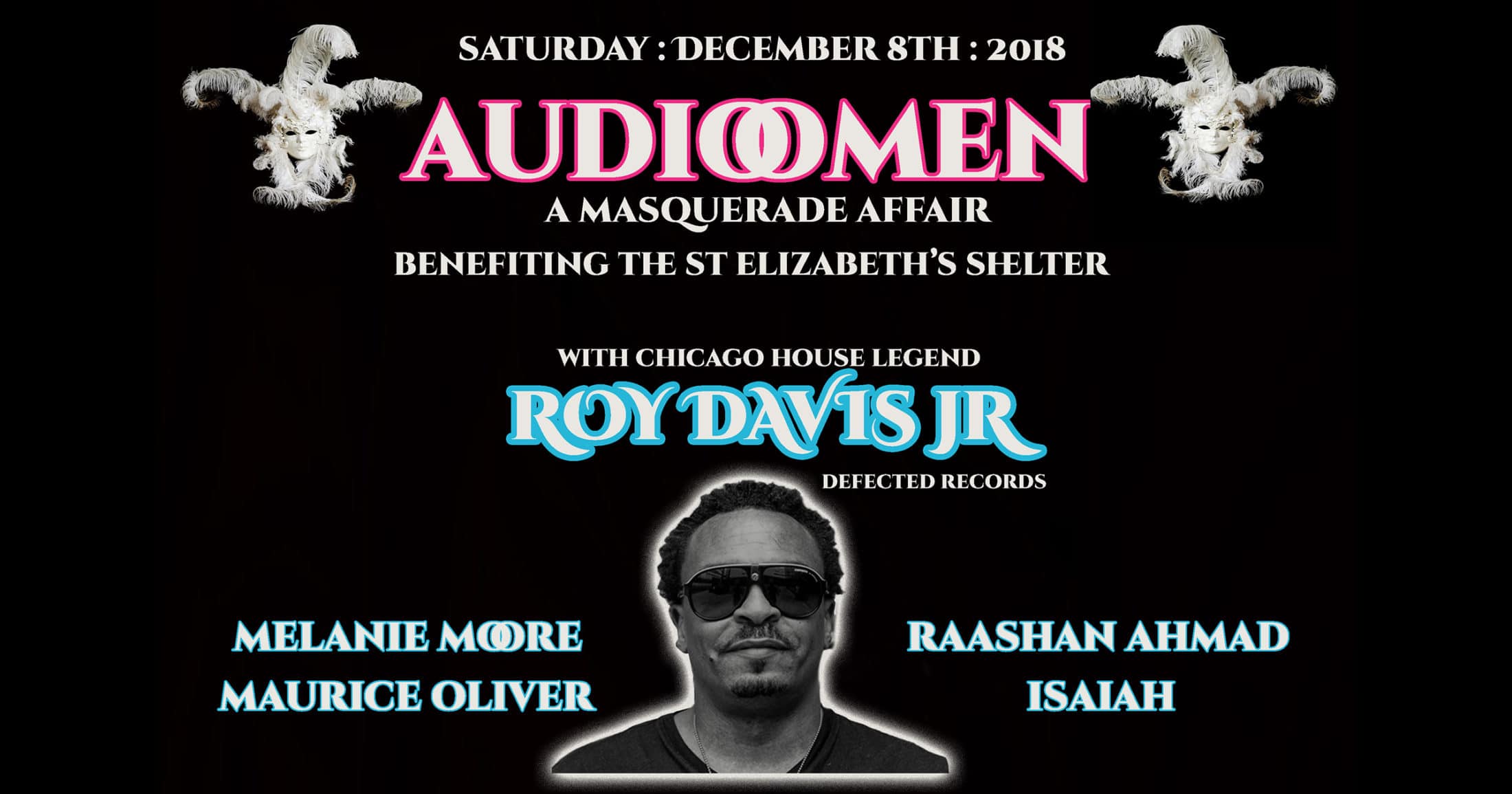 About this Event
Once again Electrovibe has completed another trip around the Sun to celebrate the 16th anniversary! This year we are teamed up with Remix Audio Bar to bring you one for the books. In our 6th year to benefit?St. Elizabeth Shelters and Supportive Housing, we are extremely grateful for your continued support in helping with Santa Fe's homeless, and less fortunate. We invite you all to grab your best masks, bring your best vibes, and join us on the dance floor. Let us come together for a great cause with what unites us all. Music.

Please bring all gently worn Winter clothing, blankets, socks, toiletries, jackets, and/or an unwrapped toy for a child to the event with you. Let's show our city that we care for our locals. Even if it's just one jacket hanging in your closet you don't need. Donate it!

Masks are not required, but are highly encouraged. Be a part of the magic around you!

To learn or get more involved with?St. Elizabeth Shelters and Supportive Housing?please visit their website at:
www.?steshelter.org
21+
Chicago House Legend ROY DAVIS JR.,MELANIE MOORE,MAURICE OLIVER ,RAASHAN AHMAD,ISAIAH,House of Eternal Drums w/RUMBLEJUNKIE ,Support by: BK NIGHTS, TEDDY NO NAME, MUTE SWAUN ,Trance Tunnel Silent Disco w/ APOLLO,support by: JUSTIN RAY, ULTRA DEEP FIELD, AUDIO BUDDHA
A true legend in House music, Roy Davis Jr. was introduced to dance music in the late 1980’s by legends as DJ Pierre, Farley Jackmaster Funk, Marshall Jefferson and Lil’ Louis. Davis began mixing when he was 13, mixing breaks, disco and then years later, house, techno and acid. The big turning point for Roy Davis Jr. was in 1993. While in college he was asked to work as and A&R scout for Strictly Rhythm in NYC. Once a member of the group 'Phuture' Responsible for producing 'Rise From Your Grave' and 'Inside Out', He went out to the East Coast weekly, and was subsequently hired to start his own sub-label called Red Cat records. A few years later Roy Davis and singer-songwriter Peven Everett released 'Gabriel' in 1996 on Large Music and XL Recordings, the record then went on to sell over 200,000 copies and reach #22 in the UK Charts. The record was and still is hailed by some for kick-starting the UK garage scene. Roy's discography extends pass the successes of Gabriel with releases such as The Believers 'Who Dares To Believe In Me' 'Enjoy The Ride', 'Modjo Lady' 'Join his Kingdom' 'Next To Me' with Fred Everything and 'Rock Shock' licensed to Daft Punk’s label which also made it into a Alvin Ailey Broadway Musical by the name of 'Grace', Roy Davis Jr was the only Artist to this day who was signed to Thomas Bangalter’s Label Roule out of Paris he then went on to release records such as 'All I Do' on Omar-S' label FXHE and 'Under Tha Sun' released on Downtown 161. Besides Roy's long standing dedication to underground dance music and touring throughout the world as a DJ, Davis has also created records for Eric Benet/Faith Evans, Mary J. Blige, Seal, Patti LaBelle, Terry Dexter, Christina Milian and Morcheeba. 7 albums deep and hundreds of records to his name Davis continues to innovate a sound which is so integral to Chicago's history. Recent collaborations with Zed Bias on SWAMP81, a recent reissue on Dutch label Clone and continued touring throughout Europe and and the rest of the world goes to prove Roy is not afraid to experiment in an ever changing world of house and techno. Roy Davis Jr. is currently planning the re-launch of his inaugural label Undaground Therapy Muzik whilst working on his next studio album.,,,,,The last time we hosted Rumblejunkie he launched an assault on a sold out Santa Fe crowd. Prepare for the return... Rumblejunkie a.k.a. Wes Waldo began his dubstep career in ‘07 after 10 years in the DnB scene. Seeking fresh beats, he joined Sub.Mission in it’s infant stage and started producing and playing dubstep along side his crew. His style is edgy and dark with a certain groove that compliments the huge sub and grindy bass. His DJ and production pallet consists of dubstep, Drumstep, Half-Time, Drum & Bass, and Instrumental Hip-Hop. As one of the old-school heads in the American electronic bass music scene, he prides himself on educating others about the genres and their history. A veteran dj of almost 2 decades, Rumblejunkie always pushes the latest sounds and styles, creating a truly unique experience each and every time he rumbles the venue.,,Apollo is 24 year old Trance and Techno DJ. A Santa Fe Native with a huge passion for dance music. Apollo has been very active in the New Mexico and Arizona scene playing at clubs such as the monarch theater, Effex Nightlub, posh nightclub and many more. With a degree in audio engineering and over five years of DJ experience this DJ sure knows how to light up a dance floor.,
Where
Meow Wolf Santa Fe
1352 Rufina Circle
Santa Fe, NM
View Map
When
December 8th, 2018 @ 7:00pm - 1:00am
×
Electrovibe Events & Remix Audio Bar Presents: Audio Omen, A Masquerade Affair w/ Roy Davis Jr + RumbleJunkie
December 8th, 2018 @ 7:00pm - 1:00am | Santa Fe, NM
12/8/2018 @ 7:00pm 2018 | Santa Fe
Not on Sale
Subtotal $0.00
No tickets selected. ticket(s) selected.
Home   Terms & Conditions   Privacy & Security   Refunds
© 2020 Meow Wolf