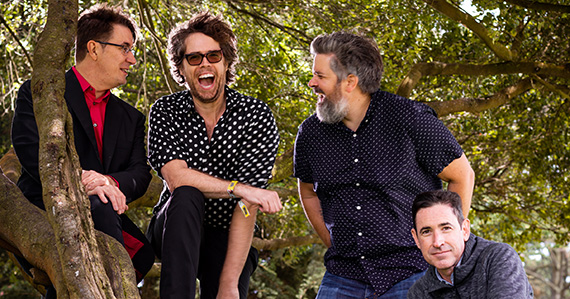 The Mountain Goats are John Darnielle, Peter Hughes, Jon Wurster, and Matt Douglas. They have been making music together as a quartet for several years. Three of them live in North Carolina and one have moved back to Rochester. Their songs often seek out dark lairs within which terrible monsters dwell, but their mission is to retrieve the treasure from the dark lair & persuade the terrible monsters inside to seek out the path of redemption. As Axl Rose once memorably asked, in the song “Terrible Monster”: what’s so terrible about monsters, anyway?” This is the question the Mountain Goats have been doggedly pursuing since 1991. They will never leave off this quest until every option has been exhausted. Thank you.

Laura Cortese and The Dance Cards 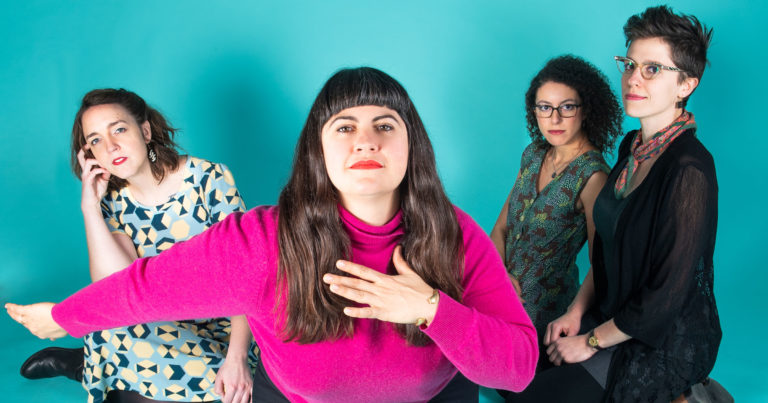 Laura Cortese and The Dance Cards are an indie-folk band made up of singing string players. Their original songs move seamlessly from gauzy vocal harmonies to propulsive fiddle melodies with indie-rock style, garnering global acclaim. At first glance, the band may resemble a string quartet – there are no guitars to be found. But from the moment Cortese kicks off the title track of her album CALIFORNIA CALLING with angular, percussive strumming and a powerfully sultry vocal, it’s clear that this is something else. This is post-folk that seriously rocks.

The Dance Cards’ most recent release, CALIFORNIA CALLING, is based in the lyrical rituals of folk while bringing the band’s pop sensibilities to the fore. CALIFORNIA CALLING won glowing reviews on both sides of the Atlantic and significant radio exposure, including as the Album of The Week on the Radcliffe & Maconie show on BBC Radio 6. Since then, the band has been preparing new music for release in spring 2020. This last winter Cortese felt more inspired than ever while spending six months in Belgium waiting for the spring touring season to arrive. In this time, she set out to write the band’s next record which she describes as, “full of groove-centric pop songs that make you want to move your body and shake off the endless tension of daily life.”

Laura Cortese & the Dance Cards is a band who draws inspiration from diverse experiences, communities, and musical traditions, melding them into a refined sound that’s broad-minded but clear-eyed. It’s not a stringband, not a string quartet, not an indie band, but somehow all of those at once, all while staying firmly rooted in an identity as folk instrumentalists. It’s adventurous and complex music delivered with power and heart.