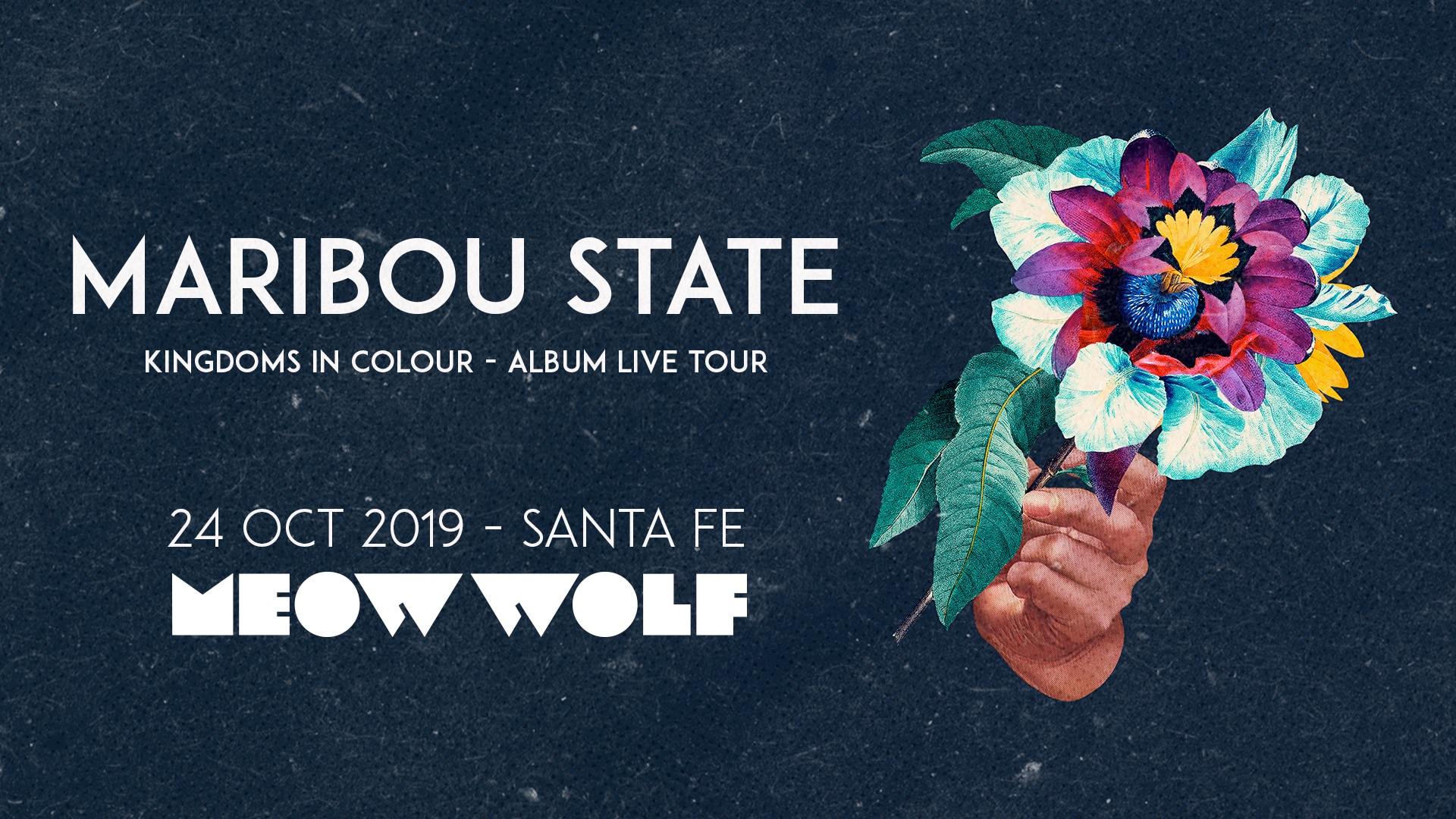 Formed in 2011, Maribou State (Chris Davids & Liam Ivory) released a string of EP's and singles before the arrival of debut album ?Portraits?, released on Ninja Tune's Counter Records imprint in 2015, propelled them to the world stage. In 2018 the band returned with ?Kingdoms In Colour?, featuring the track ?Feel Good' feat. Khruangbin; vocals from long- standing collaborators Holly Walker, (who previously sang on fan favourites ?Midas', ?Steal' & ?Tongue'); a collaboration with North Downs; and standout single ?Turnmills' (named after the London club which closed in 2008).

The record earned them a #25 spot on the UK album charts (and #4 on the UK Record Store chart), was BBC 6 Music's ?Album Of The Day' and received huge support from Annie Mac, Nick Grimshaw, Gilles Peterson, Tom Ravenscroft, Lauren Laverne, Steve Lamacq, Pete Tong, Nemone and many more, with the band also performing live on Lauren Laverne's show. Press support came from the likes of NME, Complex, GQ, and Crack Magazine, with Mixmag naming them as one of their ?Artists Of The Year' 2018.

In 2019 they completed a sold-out UK & EU tour, which included a triumphant show at London's Brixton Academy, with the 5-piece band joined on stage by a string quartet and choir. They have also played to sold out crowds in cities across Europe and North America with shows in Manchester, Bristol, Cologne, Berlin, Prague, Warsaw, Hamburg, Copenhagen, Amsterdam, Zurich and Brussels. They also recently played a run of sold-out North American shows in New York, LA, SF, Toronto, Montreal, Vancouver, Seattle and Portland.

Having just announced their return to Glastonbury Festival in 2019, they are also confirmed to play live at All Points East, Primavera Sound, Love Saves The Day, Forbidden Fruit, PULS Festival, Down The Rabbit Hole, Hideout Festival and Sziget as well as being announced as a headliner at Lost Village Festival in the UK alongside Bicep, Little Dragon, Modeselektor, Richie Hawtin.