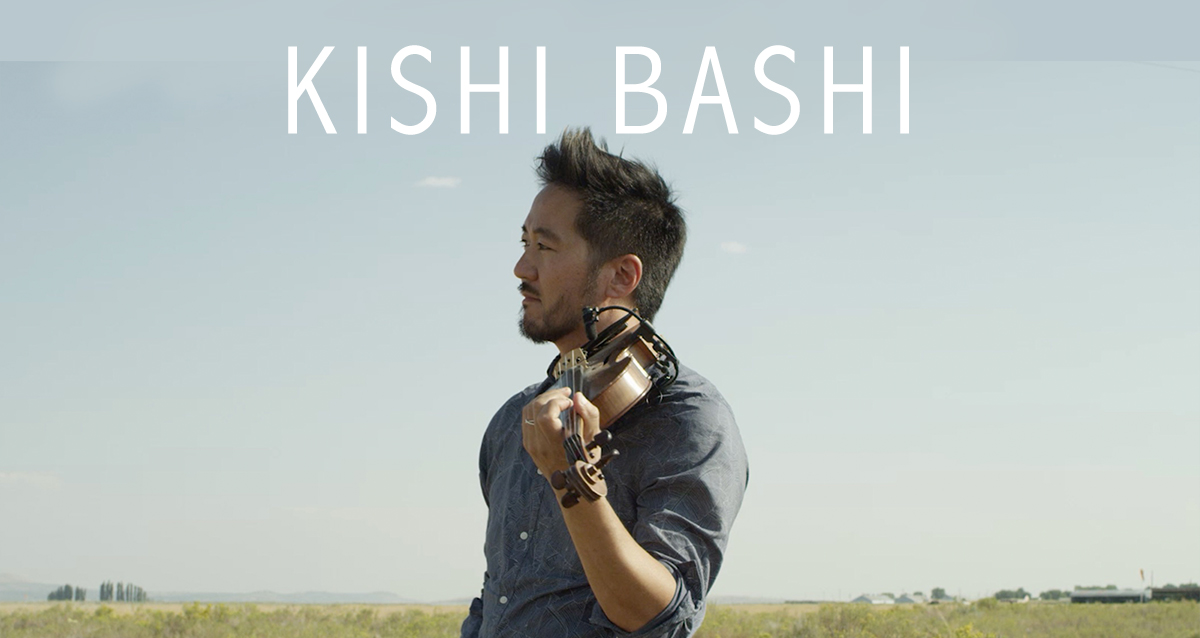 About this Event
Kishi Bashi is the pseudonym of singer, multi-instrumentalist, and songwriter Kaoru Ishibashi (born November 4, 1975). Born in Seattle, Washington, Ishibashi grew up in Norfolk, Virginia where both of his parents were professors at Old Dominion University. As a 1994 graduate of Matthew Fontaine Maury High School, he went on to study film scoring at Berklee College of Music before becoming a renowned violinist.?Ishibashi has recorded and toured internationally as a violinist with diverse artists such as Regina Spektor,?Sondre Lerche, and most recently, the Athens, Georgia-based indie rock band,?of Montreal. He remains based in Athens.

Kishi Bashi is also the singer and founding member of the New York electronic rock outfit,?Jupiter One. In 2011, he started to record and perform as a solo artist, opening for Sondre Lerche,?Alexi Murdoch, and of Montreal. He supported of Montreal on their spring 2012 tour.

Shortly after Ishibashi debuted his full-length solo album "151a" on Indianapolis label Joyful Noise Recordings,?NPR All Songs Considered host Bob Boilen listed Kishi Bashi as his favorite new artist of 2012 noting that he created "a radiant, uplifting soundscape" with songs such as "Bright Whites."

Kishi Bashi has since been invited to play in major festivals such as SXSW and Austin City Limits and gone on an extensive US tour with supporting acts such as The Last Bison (from his native Hampton Roads, Virginia). In early 2013, Kishi Bashi held a North American tour across the United States and Canada, continuing in EU and UK in spring 2013.

In 2014 Kishi Bashi released his own line of coffee through Jittery Joe's called Royal Daark Blend. Each purchase comes with an exclusive song download.

In 2016 Kishi Bashi announced a new album called "Sonderlust" live on NPR's All Songs Considered, which is due out September 16th.

There will be a complimentary special screening of an early cut of K Ishibashi's documentary film,?Project 9066, 30 minutes after doors.?Project 9066?follows K Ishibashi on a dynamic musical quest to process his identity and the lessons learned from the Japanese Internment.
15+
Tall Tall Trees
To say that Mike Savino is an innovator would be an understatement. Touring under the moniker Tall Tall Trees, the banjo-wielding bard has reshaped the landscape of what is possible with the instrument. On stage and in studio, Savino breaks down the banjo into its most basic iteration, reminding audiences that the banjo is, at root, a drum. Coupled with his mastery of electronic effects, loops, toy ray guns, and heaps of spontaneous creativity, Tall Tall Trees has been encapsulating audience members worldwide with his mystifying solo shows, as well as playing alongside fellow innovator Kishi Bashi. His latest album ‘Freedays’ is, in a way, his debut album. Having recorded two previous albums in a traditional collaborative band setting, ‘Freedays’ is the first album Savino wrote and recorded as a solo project. Beginning in 2015, Savino took a much-needed respite from New York City, where he had spent a decade and a half honing his craft, and assumed the role of sole caretaker at an abandoned health retreat nestled in the green mountains of northern Georgia. The Bird’s Nest, as it was called, completely surrounded by national forest, provided the freedom and space to work without time constraints or interruption.
Composed and recorded over a period of eight months, ‘Freedays’ tells the story of a man in transition and documents an artist alone at the crossroads of the life he has and the one he wants. The album begins with “Backroads”, which drops the listener into a darkened forest amidst a chorus of wailing coyotes and quickly takes off on a midnight drive. Tracks like “Being There”, “A Place to Call Your Own”, and “CLC” provide an honest look into the author’s thought process and decision making. Although it’s often hard to imagine, most of the sounds on the album are experiments with the banjo, and they all reflect the innovative musings of one of the freshest sounds to come out of the Appalachians in decades.
-David Gilbert
Where
Meow Wolf Santa Fe
1352 Rufina Circle
Santa Fe, NM
View Map
When
November 27th, 2017 @ 7:00pm - 10:30pm
×
Kishi Bashi
November 27th, 2017 @ 7:00pm - 10:30pm | Santa Fe, NM
11/27/2017 @ 7:00pm 2017 | Santa Fe
Not on Sale
Subtotal $0.00
No tickets selected. ticket(s) selected.
Home   Terms & Conditions   Privacy & Security   Refunds
© 2020 Meow Wolf