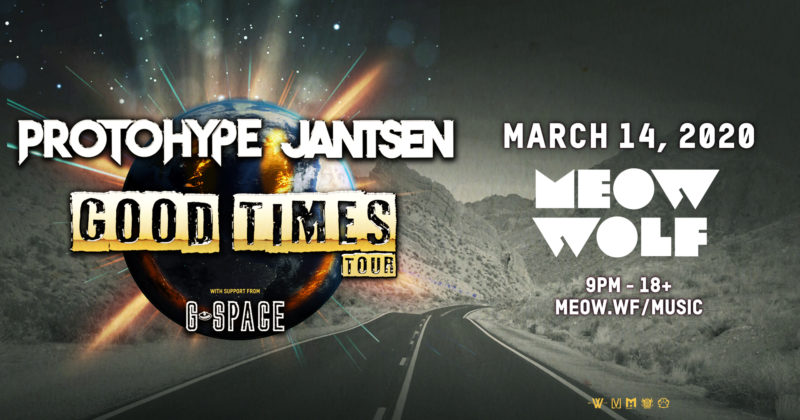 “Max Hype, aka Protohype, has taken the world of bass music and made it his own personal playground. The heavy hitting producer combines ingenious progressions and percussion with roof toppling bass lines for a must hear sound that leaves fans around the world with necks breaking. Releasing on major labels such as Firepower, SMOG, Spinnin’ Records and more, not to mention boasting a discography of over 100 original creations, Protohype has become a staple in the bass music community. Developing his #puppycrew brand, Max uses his loyal fan base to give back, throwing charity events to help fund no kill animal shelters. With an original sound, kind heart and a knack for getting a crowd roaring for more, Protohype has become one of bass music’s most loved talents.”

Jantsen is no stranger when it comes to electronic music. This Boulder, Colorado native has been fully immersed into the dance music scene for over 15 years with his passion later blossoming into DJ’ing and producing. Over the years Jantsen has established a strong presence in the scene through his eclectic sound - being influenced by many genres such as jazz, blues, funk, rock, hip hop, and many other kinds of world music he brings a style that is creative, unique, and is continuously evolving. Jantsen’s enthusiastic personality is best expressed with his live performances where the crowd immerses in his fun, energetic, and contagious stage presence.

This bass driven all star has collaborated with acts such as Bassnectar, Dirt Monkey, Conrank, Protohype, Luzcid and has gained international support from some of the scenes top DJ’s.