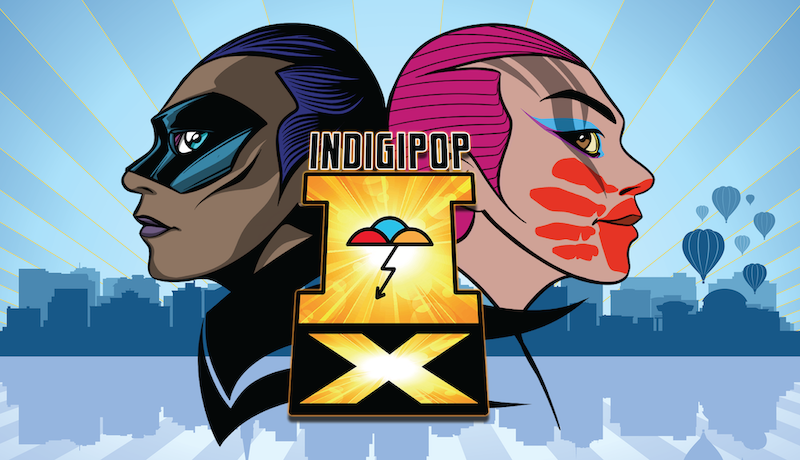 Join us March 25th-29th for IndigiPop X, the most exciting showcase of Native American and Indigenous pop culture in the world!  Featuring the fourth year of the Indigenous Comic Con and the newly added Indigenous Futurism Days, IPX brings together guests, exhibits, programs and more from the worlds of film, comics, games, sci-fi, food, and much more.  Located in Downtown Albuquerque at the Hyatt Regency Downtown, Three Sisters Kitchen, KiMo Theater, and Innovate ABQ, this is a festival not to be missed!  Everyone is welcome!

Indigenerd! tickets get you VIP access to the full week of events, an IPX 2020 t-shirt, a special gift, comic pack, front of line guest access, one free autograph/picture with selected guest, as well as one Indigenous Chef Dinner Pass for a night of your choosing!

Indigenous Chef Dinner Passes are for one meal featuring a Guest Native Chef at Three Sisters Kitchen on a night of your choosing.

Stay tuned for more information and details on programming!