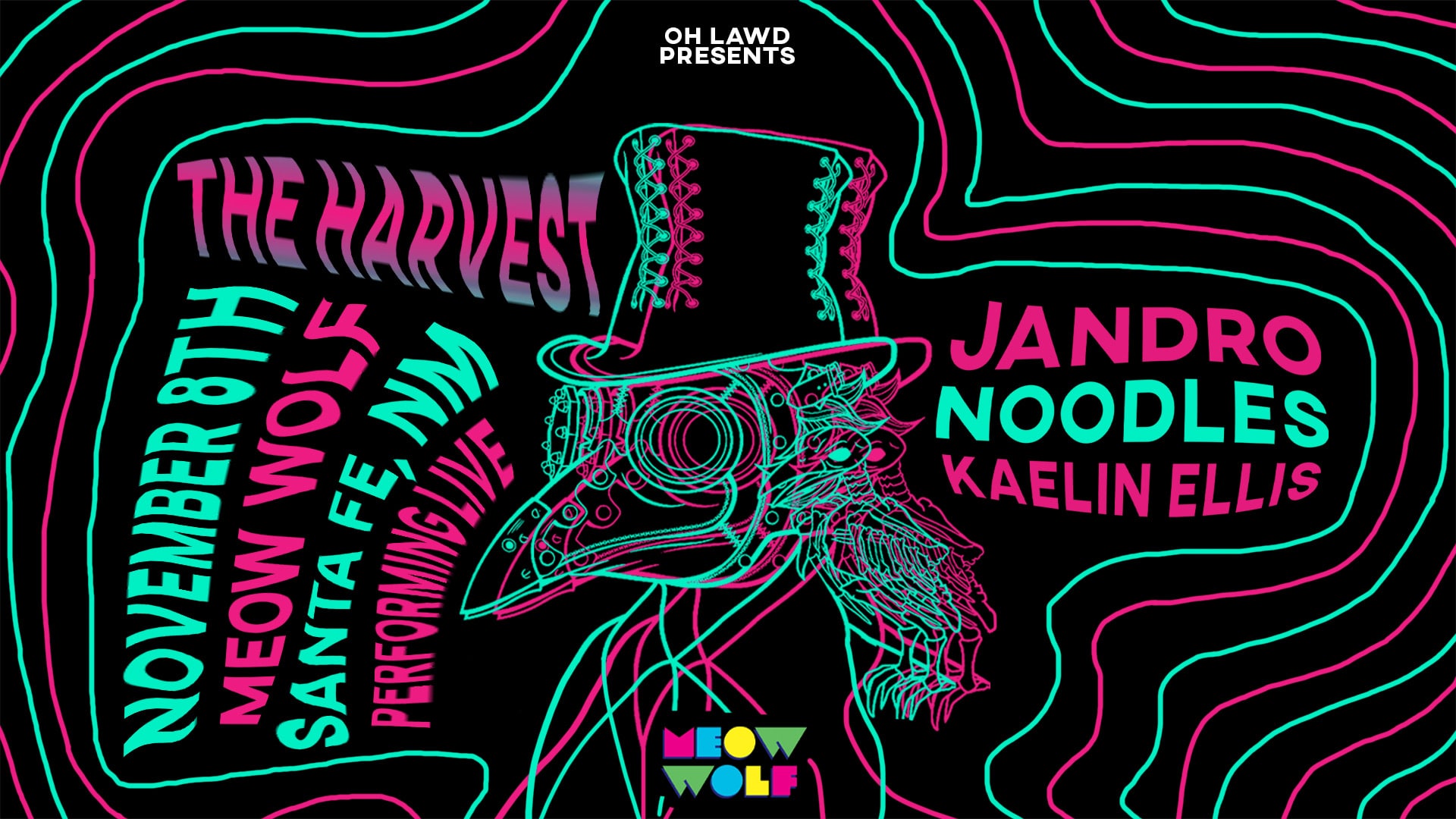 About this Event
Noodles (Micah Mahinay) is a 26 year old DJ based out of San Francisco, but now resides in Los Angeles CA. She was first exposed into the night life at age 16. In 2008 Noodles had discovered her fathers turntables and began to practice how to properly mix and scratch on vinyl records. From having an online presence she utilized her following to bridge her fashion and music background together by playing many trendy parties and festivals.

Noodles brings the vibe of R&B classics, mixed with modern day rap, integrated with an electronic sound. In early 2014 an R&B singer who goes by "Kehlani" had approached Micah and asked her to be her tour DJ. Since then the 2 artists have been touring while hosting many parties in different cities together.
18+
Jandro,Kaelin Ellis
Jandro (short for Alejandro) is a hip-hop artist out of Albuquerque, NM with an attentive ear for melody, lyricism, exquisite flows. He began his music career under the name AktionTheWolf. As his artistry developed, Aktion evolved into Jandro. In 2016 Jandro released music videos “Duke” and “Tequila”, which quickly caught peoples attention across the country including rapper SnowThaProduct. This led to Jandro moving to Los Angeles to work with Snow and the Vibe Higher team. He is currently on his third tour with Vibe Higher spreading his perspective through his music. Jandro’s latest single “Salty” is available for stream on all platforms, music video on No Jumper’s YouTube page.,Drummer, Producer and Sound Designer Kaelin Ellis is among the top class of young producers in the modern electronic / hip-hop beat scene. He was originally part of an online crew, dubbed “Loaflab”, where he came in contact with fellow musicians and later collaborative-partners, Kaytranada, Sango and many more, earning a spot in one of the top 10 songs of the week featured on USA Today. In his 13+ years since beginning the journey of music, he’s managed to upkeep a discography that sonically keeps up with many of his heroes.
Where
Meow Wolf Santa Fe
1352 Rufina Circle
Santa Fe, NM
View Map
When
November 8th, 2019 @ 7:00pm - 12:00am
×
The Harvest: Noodles, Jandro & Kaelin Ellis Presented by Oh Lawd
November 8th, 2019 @ 7:00pm - 12:00am | Santa Fe, NM
11/8/2019 @ 7:00pm 2019 | Santa Fe
Not on Sale
Subtotal $0.00
No tickets selected. ticket(s) selected.
Home   Terms & Conditions   Privacy & Security   Refunds
© 2020 Meow Wolf