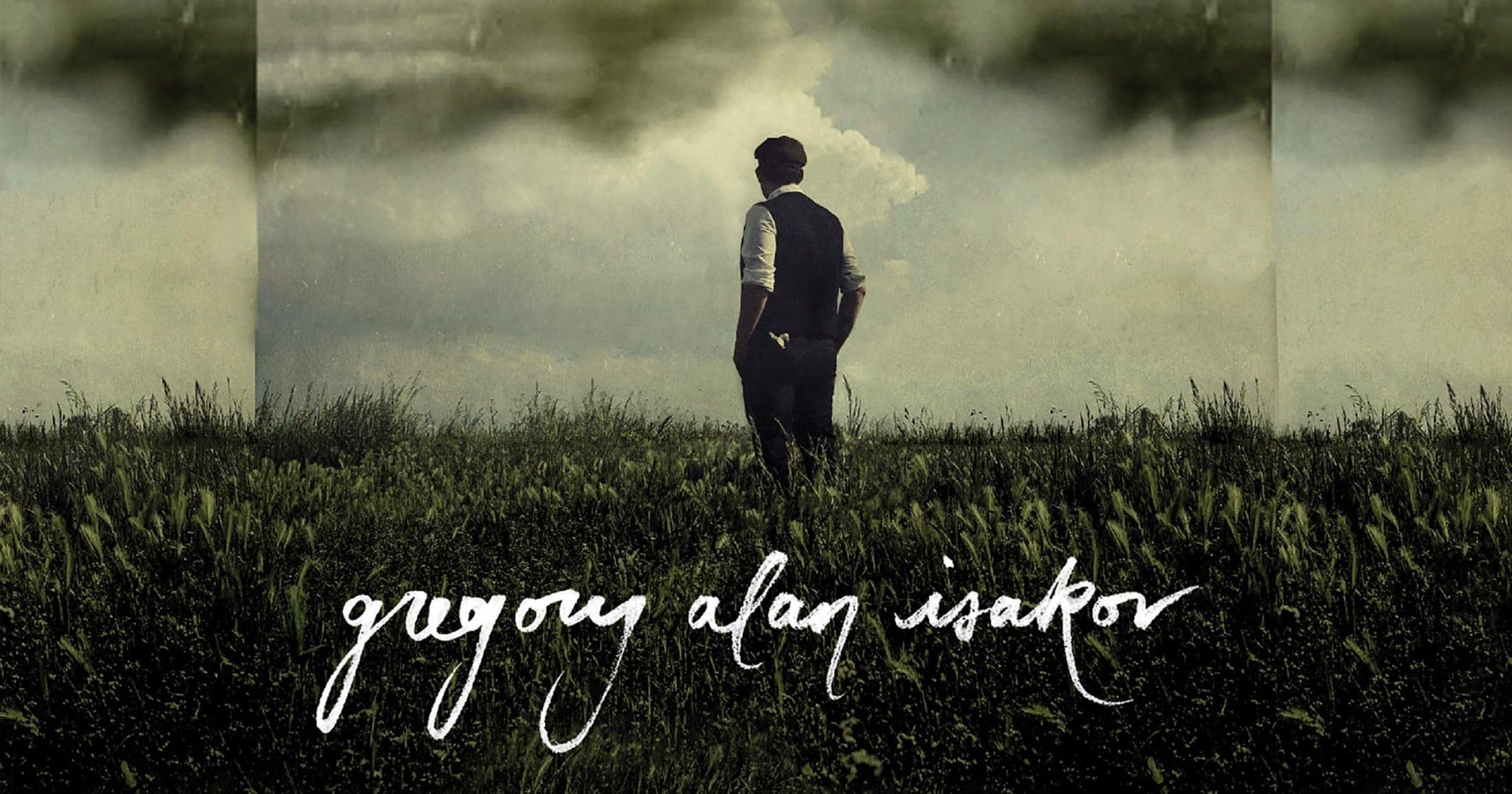 Many musicians have day jobs to make ends meet. However, few artists maintain the lifestyle kept by Gregory Alan Isakov. The Colorado-based indie-folk artist is a full-time farmer who sells vegetable seeds and grows various market crops on his three-acre farm, while also tending to a thriving musical career.

?I switch gears a lot,? he says. ?I wake up really early in the growing season, and then in the winters, I'm up all night. I'm constantly moving back and forth.?

Isakov had an easier time balancing his two passions while making his fourth full-length studio album, Evening Machines. In between farm duties, the multi-instrumentalist wrote and recorded in a studio housed in a barn on his property. Like the farm, this studio has a communal atmosphere, filled with instruments and gear stored there by musician friends?gear Isakov always leaves on, just in case inspiration strikes.

?Sometimes I couldn't sleep, so I'd walk into the studio and work really hard into the night,? he says. ?A lot of times I would find myself in the light of all these VU meters and the tape machine glow, so that's where the title came from. I recorded mostly at night, when I wasn't working in the gardens. It doesn't matter if it's summer or winter, morning or afternoon, this music always feels like evening to me.?

However, in a nod to the musician's desire to strike a ?balance of space and instrumentation,? these lush flourishes?loping banjo on ?Dark, Dark, Dark,? ghostly pedal steel on ?Was I Just Another One? and strings twirling through the waltzing ?Southern Star??enhance his precise, thoughtful arrangements. It's an intimate album that encourages close listening and contemplation.

Evening Machines came together via an organic process rooted mostly in solitude and along side of engineer Andrew Berlin (Descendents, Rise Against). Isakov sketched out 35 to 40 songs himself during marathon studio sessions that could stretch up to 14 hours for many months. He recorded all the instruments and slowly intertwined the band: Steve Varney, Jeb Bows, John Paul Grigsby, Philip Parker, and Max Barcelow. A bevy of other contributors added additional sonic flourishes as well.

From there, Isakov whittled this large batch of music down to 12 songs, and spent a month in Oregon mixing Evening Machines with Tucker Martine (Neko Case, The Decemberists) and some final mixing with Andrew Berlin. ?Andrew and I took many different approaches making this record?we used electronic instruments and more ambient sounds, and incorporated heavier elements,? Isakov says. ?But I've always had a hard time mixing in the barn. It's easier for me to mix something with a lot of space. That's where Tucker was invaluable. He's just got such an incredible approach and sense of sound.?

Isakov is no stranger to collaboration or traveling to hone his craft. In 2016, he released an album of his songs played in collaboration with the Colorado Symphony, and he tours regularly in the U.S. and Europe, performing alongside acts such as Iron & Wine, Calexico, Ani DiFranco, Passenger, Josh Ritter, Brandi Carlile, and Nathaniel Rateliff. But when the time came to make Evening Machines, Isakov discovered that his time on the road had started to take a toll.

?A lot of the music that was written for this record happened at a really difficult time of my life,? he says. ?When I finished a six-month stretch in Europe I had a lot of time to be alone, and feel things that maybe I hadn't in a long time, being on the road and with the lifestyle of touring. I experienced this new sensation of anxiety?this level of physical anxiety that I've been investigating ever since.? To cope, he turned to writing songs??some of which were ways for me to ground myself during that time where it was really bad,? he says.

As an example, Isakov cites the album-closing ?Wings In All Black,? a deeply personal song that's about being resilient in the face of jarring loss. Still, not all of Evening Machines' songs are this decisive: The album brims with elusive characters and slippery emotional situations, the kinds that linger long after their presence dissipates. ?Did I hear something break?/Was that your heart or my heart?? he asks on ?Caves,? while ?San Luis? observes, ?I'm a ghost of you, you're a ghost of me.?

Yet Isakov's lyrics themselves are vivid and deliberate??I'll leave you with this poem, about the galvanized moon and her rings in the rain,? he offers on ?Too Far Away??and devastate with economy. Take ?Chemicals,? which observes, ?You saw her bathing in the creek/Now you're jealous of the water.? Whether addressing romantic love or human connection, Evening Machines has no easy answers.

Still, the album does have poignant resonance with current events. Take the string-swept opening track, ?Berth,? which Isakov wrote and recorded during an all-night session. The original version of the song was 12 minutes long?and it wasn't until Isakov and his brother, Ilan Isakov, started editing and cutting verses that the former realized ?Berth? was ?an immigration song, about landing in this country and throughout time??something he knew well, as a native of Johannesburg, South Africa, who moved to the U.S. as a child.

?Writing songs is this delicate balance,? Isakov says. ?My process has never been to start out saying, ?I want to write a song about this. This is an important issue?or this is an important emotion that I'm going through?and I need to write a song about it.' That has never happened; it's never been part of my process. But you need to have a spark of all those, something visceral and something tangible as well to make something that sings well. Words have so much power on their own.?

Isakov's words especially have resonated deeply both at home?he recently sold out a Red Rocks Amphitheatre headlining show?and around the world. His last studio album of new material, 2013's The Weatherman, sold over 100,000 copies, and his entire catalog has sold well over 370,000 copies?an impressive amount for a musician who releases records via his own independent label, Suitcase Town Music.

With Evening Machines, Isakov is poised to reach an even larger audience, as it's the first album he's licensing to a larger record label, Dualtone. For the fiercely DIY musician?in addition to housing a studio, the barn doubles as a storage and distribution hub for Suitcase Town Music?linking up with Dualtone ?wasn't out of a place of need, but it was a place of curiosity,? he says. ?I was like, ?Well, I've never tried this. This could be really fun.'?

But despite this label backing, Isakov isn't changing up his approach to music. He'll still be touring around his farming season?and striving for a cohesive musical vision that feeds his soul. ?Music helped me get through some of the hardest times,? Isakov says. ?I always write in regards to an entire record. Trying to find the music that fits together as a whole piece was the most important thing to me.?

-Annie Zaleski
21+
Laura Gibson
Laura Gibson is an internationally acclaimed multi-instrumentalist and singer-songwriter, born and raised in the small Oregon logging town of Coquille. Her last album, Empire Builder, was praised by Pitchfork as “a cathartic tale of loss and redemption”, and was called “a triumph” by Uncut Magazine. Both literary and raw, with a love of traditional folk music and a bent toward experimentation, she has toured four continents, and had the distinct honor of performing the very first NPR Tiny Desk Concert. She recently completed an MFA in fiction writing from Hunter College, and her sharpened language and story telling abilities are on full display on her new record Goners, on Barsuk and City Slang Records.
Where
Meow Wolf Santa Fe
1352 Rufina Circle
Santa Fe, NM
View Map
When
June 19th, 2019 @ 8:00pm - 11:00pm
×
Gregory Alan Isakov
June 19th, 2019 @ 8:00pm - 11:00pm | Santa Fe, NM
6/19/2019 @ 8:00pm 2019 | Santa Fe
Not on Sale
Subtotal $0.00
No tickets selected. ticket(s) selected.
Home   Terms & Conditions   Privacy & Security   Refunds
© 2020 Meow Wolf