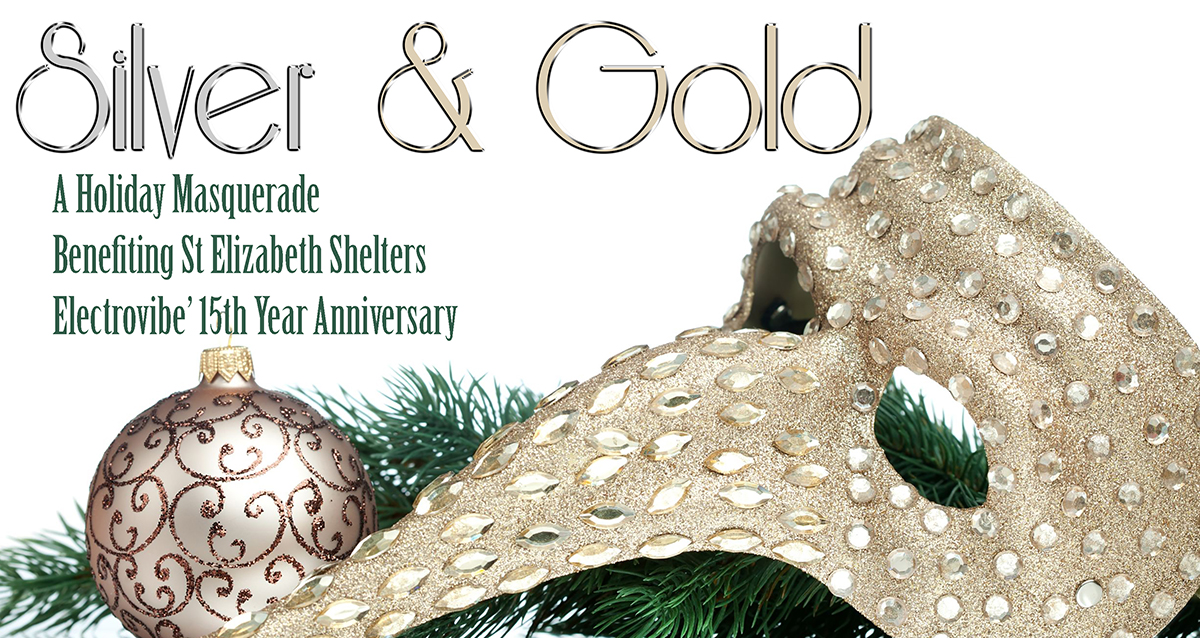 About this Event
Electrovibe Events is turning 15! And what better way to celebrate with a Masquerade benefiting St. Elizabeth Shelters and Supportive Housing. Dress to impress or come as you are. Please bring gently worn winter clothing, blankets, jackets, or a unwrapped toy for a child. This is the 5th year Electrovibe has been a helping hand to St Elizabeth Shelter, and we want to keep bringing them the support they deserve. Learn more or become a volunteer here:?http://www.steshelter.org/

** Masks are NOT required but encouraged **

Otto-Matic
21+
Lea Luna
In an industry of one-trick ponies, Lea Luna has it all: Looks that kill, a dedicated underground following, extensive skills with the tools of the trade, and, last but not least, timing.In response to electronic dance music (EDM)'s recent presence under the mainstream spotlight, pop music artists incorporate the beats and progressions popularized by the former genre into their productions now more than ever. Such trends invariably backfire, however, when purist fans of the producers from which pop artists borrow their sound challenge their street cred in any kind of open forum. Luna's career, on the other hand, resonates with the long-time supporters of the EDM community as she's been creating music within the genre for much longer than she's been a pop singer. Electro/dubstep singles such as "Hearts Under Fire" and "Leaving for Mars" gained her recognition on the Beatport charts around the same time dance music started to hit the mainstream airwaves. This right-place-right-time back story - coupled with her stunning looks, sexy voice and girl-your-parents-warned-you-about mystique - affords her the opportunity to reach a wide audience that ranges from underground music fans to top 40 teenyboppers.Still an avid DJ/producer, Luna commands an expert grasp of the skill sets required to create music across the entire spectrum of dance music; she's just as comfortable throwing down a bass-heavy dubstep set as she is an uplifting house set. She has performed at legendary nightclubs like Hollywood's Vanguard, NYC's Limelight, Denver's Beta and LA's Avalon as well as festivals such as the esteemed Burning Man.Luna's most recent releases include collaborations with Sydney Blu, Manufactured Superstars, Revolvr, Quivver, Helicopter Showdown, Jontron, and Dragon.
Where
Meow Wolf Santa Fe
1352 Rufina Circle
Santa Fe, NM
View Map
When
December 9th, 2017 @ 7:00pm - 1:00am
×
Electrovibe's 15th Anniversary: Silver & Gold Masquerade Ball w/ Lea Luna benefiting St Elizabeth Shelters
December 9th, 2017 @ 7:00pm - 1:00am | Santa Fe, NM
12/9/2017 @ 7:00pm 2017 | Santa Fe
Not on Sale
Subtotal $0.00
No tickets selected. ticket(s) selected.
Home   Terms & Conditions   Privacy & Security   Refunds
© 2020 Meow Wolf