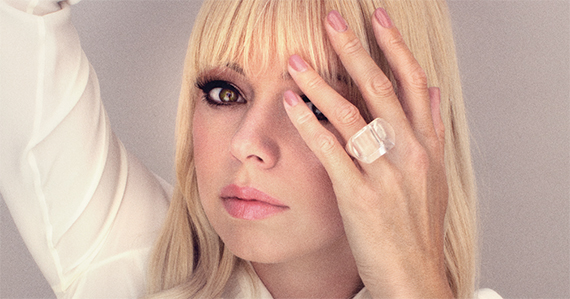 Chromatics - known by many for the Drive Soundtrack & Twin Peaks (Music from the Limited Event Series) - were founded by Adam Miller in Seattle in 2001. The group gained an underground following with their 2003 debut Chrome Rats Vs. Basement Rutz, which was produced by Johnny Jewel.
Jewel, one-half of iconoclastic Glass Candy, joined Chromatics as a full time member & began working closely with Miller in Portland on a new electronic sound. Ruth Radelet joined on lead vocals, as well as Nat Walker on drums. Their game-changing 2007 album Night Drive earned critical acclaim — Pitchfork called the record “effortless & impressive.” Night Drive heavily influenced Nicolas Winding Refn’s seminal 2011 film Drive. The pulsating track “Tick Of The Clock” powered the film’s iconic opening sequence.
In 2012, Chromatics released the classic album Kill For Love, securing their role as a landscape-defining band & earning a place on many publications' year-end lists, including Pitchfork’s top ten albums of 2012. Gorilla Vs. Bear called Kill For Love their number one album of the year. Written & recorded while the band was living in Montreal, Kill For Love provided various songs that would be featured in television shows such as Mr. Robot, Riverdale: Season 1 (Original Television Soundtrack), Bates Motel, Gossip Girl, Parenthood, 13 Reasons Why, & more.
Chromatics dropped the cinematic twelve-track follow up to Kill For Love in October 2019, on the eve of their first European tour in seven years. The group’s seventh studio album, Closer to Grey, came without warning. Written & recorded after the band’s relocation to Los Angeles, Jewel’s signature production sets the stage for the band’s ethereal sound.