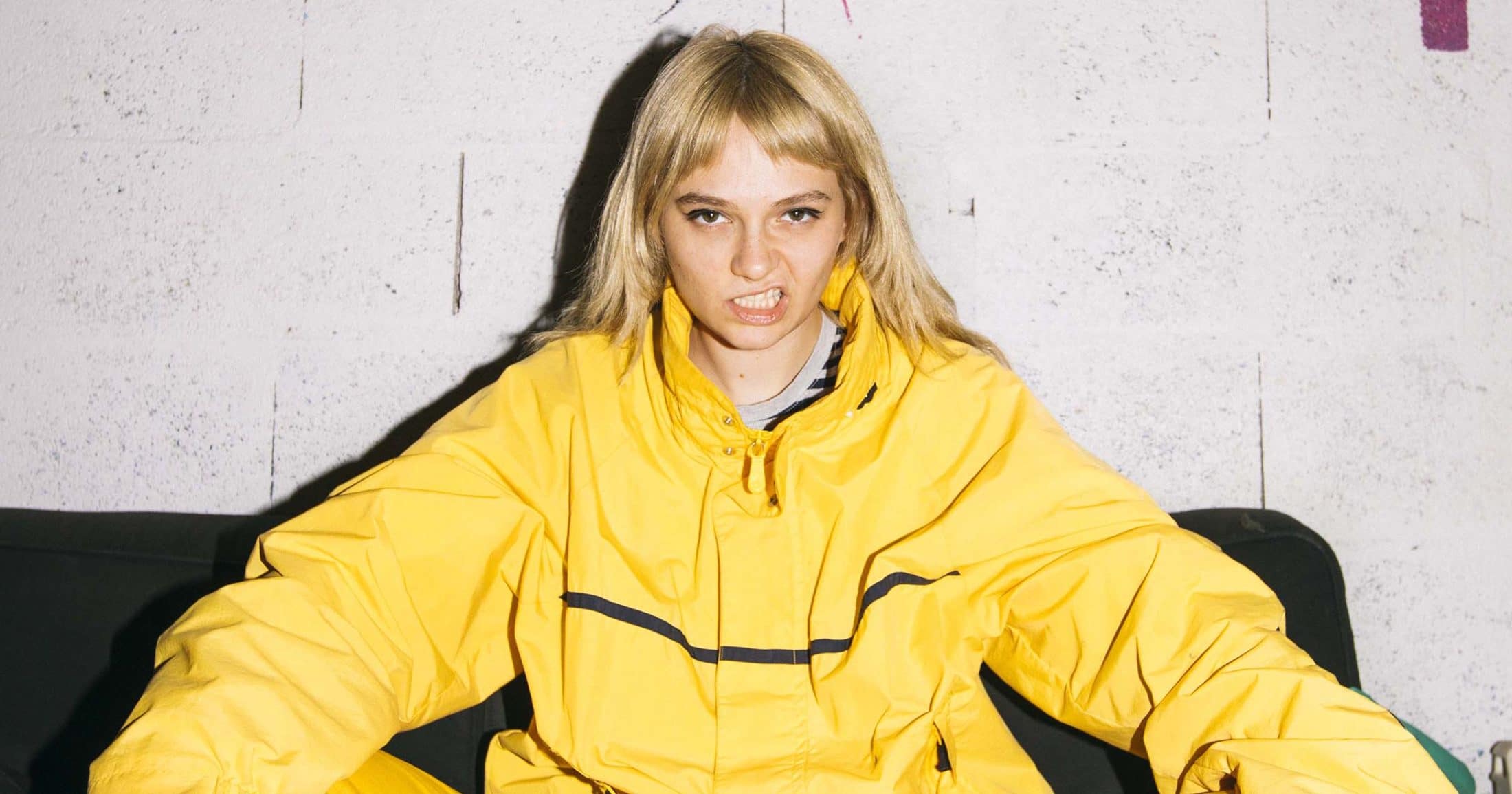 Cherry Glazerr released their explosive full-length album Apocalipstick on Inauguration Day in 2017. You might think the two tumultuous years since would have driven the band toward even more explicitly topical commentary. But as singer/guitarist/founder Clementine Creevy began writing the first of some thirty songs that would make up the new Stuffed & Ready, she found unexpected inspiration by turning inward. That meant leading her band somewhere new and writing songs that would reveal aspects of herself she realized she'd once concealed.

Apocalipstick sizzled with Creevy's confidence, vision and fiercely idiosyncratic personality. Stuffed & Ready announces Creevy as a songwriter newly tempered and strengthened by coming to terms with her own uncertainty confusion and anger. It's her go-for-broke honesty that gives Stuffed & Ready its power and gravity. ?I am telling my story of how I feel and where I am in life,? she says. ?I'm exploring my own self-doubt. I'm confused about what happiness is and I'm searching for my place in the world. With Apocalipstick, I was an over-confident teenager trying to solve the world's problems. With Stuffed & Ready, I'm a much more weary and perhaps cynical woman who believes you need to figure your own self out first.?

Now a three-piece with drummer Tabor Allen and bassist Devin O'Brien (synth player Sasami Ashworth has moved on to her own solo work), the band made a first version of Stuffed early in 2018 with much-loved engineer and musician John Vanderslice, who they ?adore deeply as a human and friend.? Together they concocted a ?very live sounding, self-produced album, which was a very cool experience, but wasn't exactly what I wanted to put into the ether at this time,? says Creevy. ?So I put that aside and called up Carlos (de la Garza, who co-produced Apocalipstick).? I decided that I wanted a producer to push me, I wanted to be questioned, to rip my songs apart and look at their guts and pour myself open again. And I wanted it to sound massive.?

For six full months, they'd be at the studio by 9:01am, ready to write and record all day and sometimes into the night. Each song had to speak for itself, and if it didn't, they'd scrap it or change it, says Creevy: ?Sometimes I'd lay on the floor for like an hour and then pop up like, ?I got it! I GOT IT!'? She'd named the album on a solo drive through the California desert, inspired once she was free from all distraction. She made the album the same way, eliminating anything that couldn't answer a single simple question: is this really me? It was exhausting, but somehow joyful, too, and the result is Cherry Glazerr's most daring and intimate music yet.

?It felt like I was being more vulnerable than I wanted to be at times,? she says. ?I've been feeling the need to explain my feelings ... not just state them, but search for why I feel the way I do in the most honest way possible. This is what separates this album from its predecessor. I'm trying to stop myself from obfuscation, which I used to hide behind, but not anymore. I'm writing with intent.?

It's that clarity of intent that makes Stuffed such a raw and resonant listen where Creevy has never sounded more powerful. In ?Ohio,? she attacks feelings of isolation and despair with Trompe Le Monde Pixies guitar and an arctic Laetitia Sadier deadpan: ?I wish myself the best but I'm broken / the light inside my head went dead and I turned off.? On the searing and satirical ?Daddi,? she's asking the straight cis men of the world for the permission that they so adamantly demand in every aspect of her life, writing : ?Where should I go Daddi / what

should I say / where should I go / is it okay with you ?? On the furious Sleater-Kinney-style ?Wasted Nun,? she's erupting against the way society constantly pressures her to be perfect, showing that she's too stubborn to calmly cooperate. ?People want girls to be strong, but I'm angry, and those are two very different things,? she says. ?I'm enraged because I feel like America's mindset sees women as less capable beings, and that social mainframe feels impenetrable and that enrages me. That's why the song is so intense and loud.? And on the seething grunge-pop track ?Stupid Fish,? she sings about how it's okay to not have all the answers, and how some questions might not even have answers: ?I used to think adults knew better, but now I think adults are just better at pretending to know things,? she says. ?There's nothing wrong with ?I don't know.'?

The point has been the same, all the way back to those first guitar demos she taped in her bedroom years ago. Clementine Creevy has always wanted to make music that connects with people, she says. On Apocalipstick, she did that by telling them what she thought. On Stuffed & Ready, she's showing them who she is: ?I'm putting out these songs and sharing them to make people happy and to make people feel less alone,? she says. ?I want this album to evoke a freedom, or you could even say a recklessness in people. I want to allow people to let out all of the fear and anger and confusion that all of us carry around. I want to make people dance, and really fucking mean it.?